Posted at 01:28h in Uncategorized by Dr. Lori Whatley

When I preface a blog entry with a couple of disclaimers you know I am going to get some nasty emails because I am going to make some folks angry. I get that and I am prepared for the ugly backlash of this blog entry which is simply my opinion and not any sort of professional evaluation. Opinions are like noses, we all have them.

First, I’m not picking on LSU, they are and they beat my team fair and square and they are the real meal deal as far as football talent goes. Second, also not judging them but confused about sports behavior in general, which we deem acceptable. This is about me I’m sure. Admitting up front my confusion as well as my thoughts that we need to raisw the bar for our expectations for athletics. The thing I noticed is not just an LSU thing. We see it all the time in sports. Opportunities for the players and coaches to be REAL and show up for their loved ones in their times of deepest need. Sometimes they simply don’t do it. I want to normalize that or pretend it is noble.

I opened the news today and was TRIGGERED big time by the first story I saw about a coach that lost a family member hours before an important game and he stayed to coach the game, called his son, who had lost his wife and was in the hospital heavily sedated from the shock of it all to tell him to “man up”, according to the article. Huh? I am hoping this was a misprint.

I didn’t see any of I am simply quoting an article I read. So maybe it isn’t accurate because we know the media doesn’t always tell the whole truth. They twist it quite often to make it full of drama and ““.

This son lost his wife in a tragic plane crash and was needing his family, which really has nothing to do with his masculinity. The son’s hysterical response to death was perfectly normal. We need our loved ones when we are traumatized. That’s how we are wired as humans. His mom and his dad were at the football play off game when he found out his wife was tragically killed. Let me just say that I am 57 years old and there are still times I want my mother and my father with me to lean into. There are times that I need them to show up for me. No matter what. That’s not unusual. Them not showing up for me because one of them is working and the other is watching him work, that IS unusual, for me, maybe not for you, but for me it is. My heart went out to this son laying in a hospital bed grieving the loss of his wife to the point of having to be sedated, while his parents were at a football game and sending him ” man up ” messages. This seems so incredibly backwards.

I am confused. Is a game so important that we should prioritize it over death of a loved one and support for those still living and needing our care?

Do we have our priorities a little mixed up in this world? What was it like to be in the hospital only hours after losing your spouse and seeing your on tv fist bump after making a good call and the team going up 42-7, when you are in so much pain? And the media is normalizing all of this. Calling the dad who chose his game over being with his son an unsung hero. Hmm. I just don’t get this. I’m kind of glad I don’t understand and can’t make this right in my mind.

I don’t want to pick up the news and hear how this “unsung ” hero chose his team over his son. I don’t want to hear how nothing changed in his demeanor after he lost his daughter in law and continued his like “normal” despite the tragedy only hours before. I don’t want to read how the surviving spouse agreed to an interview with Sports Illustrated from his hospital bed hours after losing his wife. What? Shame on you Sports that is the ultimate invasion of privacy. Sells magazines but nothing admirable or acceptable about that request. At some point can we choose decency over selling news?

The son said his father told him via a phone call before going on the field as he lay in his hospital bed grieving his dead wife, “Son, we face the darkest times of our lives, it’s what we do. I will take care of you and I will be there for you”. Except he wasn’t. His words match his actions. He was calling him just before he went on the football field rather than calling a taxi to take him to BE with his son. He also the team is behind the coaches are behind you. Except they weren’t because if they were they would have shaken this father and sent him to REALLY be with his son. I think if there was ever an excused absence from work. This was it. Because at the end of the day, it was just a game.

The son went on to say that his dad was his rock, his mentor , his idol and he wouldn’t be able to make it through without his dad telling him to man up and get through it. Huh? If we listen we learn so much about people and what is really going on for them internally. Did the son really have a choice? Dad wasn’t coming to comfort him.

It’s really just my opinion, that’s all this is. But I want to hug that son and say, its ok to be devastated , you just lost your life partner in a tragic accident. You have to man up and you have to get over it. You can be broken and you can begin this very long process of grieving and you will have my undivided attention while you do it.

As a coach, lots of eyes are always on you and you have many opportunities to “man up” and set good examples. You can teach others what it looks like to put family first and to really be there for your loved ones. Not on the big screen but sitting next to the hospital bed holding their hand, watching your team play without because you have more important things than a football game to be concerned about. You have broken hearts to mend and examples to set and family commitments to keep.

I get that the coach and his wife who chose to stay for the game rather than going to be with their son in the hospital after he unexpectedly lost his they were likely in shock. People do odd things when they are in shock. Again, not judging. Simply thinking this would have been a good time for his bosses to say, get your stuff and go home. Your place is not on this field but it is with your family. Family comes first, certainly in tragedy and certainly before a game.

Would this have been a better call?

Yes, I am playing armchair quarterback, I know that. I will go back for some more therapy because obviously, I didn’t get enough to be triggered so tremendously by what seems so blatantly inappropriate and hits so close to home for me. It seems like there are more important things than athletic events and it seems family should be one of them and I don’t really want to be the confused person who understands choosing game over family. Ever. Should we raise our expectations for the sports world? Is America’s past time getting it right or are they the ones that are confused? People died. This is serious. Bad call Coach. Certainly not a win. 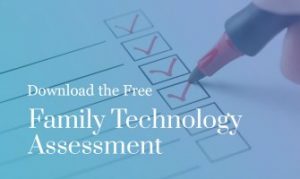 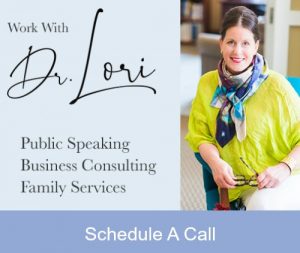 Weekly Insights Delivered to Your Inbox